“FEAR NOT” “THERE’S NOTHING TO BE AFRAID OF HERE, NOT EVEN ME–unless….”

It often amazes Me when I think about what most of the males that have willingly surrendered to and pleasurably served Me in one manner or another all too often go through in some other arenas of their lives.
Many in their workaday world must, out of necessity, display what is believed and/or expected to be their simple, aggressive, supposedly true male natures. It is all too often a rough and tumble environment.
The “Kill or be killed” instincts of the seemingly endlessly dueling to the death lion or shark coupled with the cunning of the serpent and sharp eyes of a hawk seem to be chiefs among the basic requirements for survival- let alone success!
No matter what their profession, be it sports or doctor, lawyer, Indian Chief, billionaire, computer nerd, master chef, or however they earn their daily bread- they must possess – and when necessary unleash the full forces of the dreadful and terrible powers of what’s often called their “dark side” killer instinct to prosper or even survive.

“Many of you are either already married, or are living with a girlfriend. Let’s face it, there must be a refuge where the wounds of battle can heal through companionship (and sex.)
And no matter who you are, just about everyone needs a safe place…like Superman’s Fortress of Solitude.. where sanity can be restored.

“Unfortunately, for so many males, in spite of the fact that they are already in a supposedly intimate relationship, they still do not have or feel all the comforting serenity they seek.
Many are deeply frustrated by the reality that the majority of women in the world of today’s “liberated sex” live their lives under the insidiously pervasive life-sapping control of their training (since birth) to be submissive to the males in their life. This aggravating state of affairs frequently leads such women to become conflicted over exploring and expressing what they truly want versus the security of existing only in the confines of their constraining roles.
Most have been all too well-trained to be submissive little “Miss Do Good Bimbos.” Have you ever heard of, seen, met, or had a Stepford wife?…. More than you might imagine of the purportedly modern females in the US [possibly the most liberated in the world] are still living as though their only option is to scrape out a meager and depressing existence stuck in the dreary, colorless, programed-out drudgeries of a masculinity-overpowered age!

So what is a male to do who has a deep rooted craving to take direction from and surrender to a very sensuous, deserving, intelligent, stimulating, truly inspiring, superior, feminine, mesmerizing {even though She may consciously know little or next to nothing about the realities of wonderism} Goddess? For the majority of these males, such fantasies will sadly remain just that–unfulfilled fantasies of what would really give them true joy, love, and happiness!

Generally, most of these pitiable dears lead pretty hum-drum existences. About the only possible moments of relief in their exceptionally mundane rat race is when they decide to venture out in search of a “professional practitioner” with whom to act out their secret BD/BDSM fantasy.

Sad to say, their experiences are often quite disappointing. The majority of such leech-like fakers in a Domina’s clothing seem to have very little clue of what a mutually stimulating Dominatrix-&-Her-willing-submissive relationship is really all about. {All too many of these unsatisfying, at most only physically grownup, childish and/or childlike females are only doing this work to bring home the bacon. In too many cases, their primary or exclusive motivation is to pay the bills and maybe feed a drug habit. There may even be AT LEAST one child to feed, clothe, and provide for. And to top it off, in many instances there’s a money-grubbing, blood-sucking vampire of a parasitic boyfriend waiting to fill his mouth, pockets and who knows what else with whatever he can get from her in whatever ways he can squeeze the last droplet out of her like Ezekiel’s Valley of Dry Bones!
This “practitioner” bears little resemblance to the Gorgeous, Seductive, Intelligent, In-Control Goddess of our hero’s dreams!

HOWEVER, once in a blue moon…. it’s possible to get lucky enough to stumble onto a true gem- LIKE ME!

Unfortunately, that done, our hero’s problem is not necessarily solved happily ever after….Why…?
The Big Stumbling block is because, dumb jerk that he is, he’s actually DEATHLY AFRAID to really jump in with both feet and get the most out of this fabulous discovery!
Quite likely, our hero typically won’t even test much of the waters he finds there.
Goddess forbid! If he were to be bold and try My wonderism, for example.
Wonderism is indeed one sure way to find true sensual and sexual happiness and fulfillment while easily letting go of all fears, doubts, hesitation, or ego.

So often, he imagines his whole existence, along with his entire lifetime of achievements could be wiped out by a cruel, scheming, evil Mistress! That’s not the way it works, My dear. I, for One, could never spend so much of My precious time with any single male submissive to reach the point of using him to ruination! Such activity would inevitably become boring-boring-boring! Besides, a good sub is too valuable to waste in such foolhardy fashion! he can contribute much to My satisfaction, and his as well – when he is brought along in a truly caring and creative way.

NOW! you can crystal clearly see that in My realm dedicated to sexual and self-exploration,pleasure enhancement and MORE!…the prospective subbie really has nothing to fear in letting himself or herself partake extensively of My brand of Love.
Paraphrasing My “Dominated by Magic” wonderism recording:
“My Love is My domination of you! My Love is My Control over you! My Love is My ownership of you… and you love and yearn for My Domination, My Control, and My ownership of you!” Yes, you love Me with all your heart and your gonads also adore ME!

“Oh by the way, do you remember what else is in My “DOMINATED BY MAGIC” downloadable audio? If not, are you waiting for Me to place a copy in your hornier hands?

CLICK TO FIND OUT WHAT “DOMINATED BY MAGIC” OFFERS you

AHA and below is another Mistress Marquesa’s MESMERISING TRUTH: 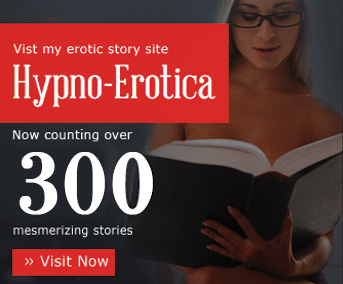 See more of my videos on youtube!
Copyright 2016 Goddess Marquesa & Emerald Eye
DON’T MISS OUT!
Subscribe To My Newsletter
Be the first to get latest updates and exclusive content straight to your email inbox.
Give it a try, you can unsubscribe anytime.